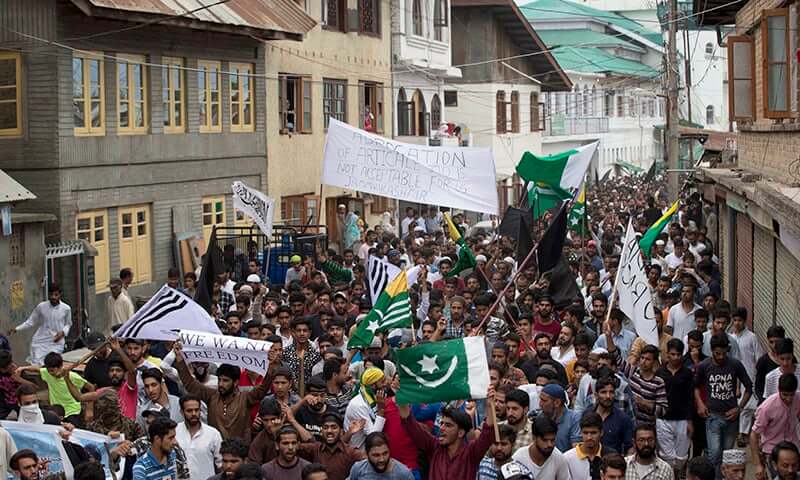 “We urge on the Government of Pakistan to take immediate note of the issue and move to convene a session of the Security Council to get India’s onslaught on Kashmiris stopped,”

The Chairman Informatics Group of Colleges Rana Yasir Saleem said that special ceremonies at college level will be held to show solidarity with the Kashmiris. “No one has accepted the most controversial Indian government’s decision of changing the status of occupied Kashmir.

It reminded that after blinding numerous innocent children through pellet guns in Occupied Jammu and Kashmir, India is now using toy bombs to target children in AJK as well. “This is the height of its callousness and utter disregard to international norms and practices,”[/vc_column_text][/vc_column][/vc_row]